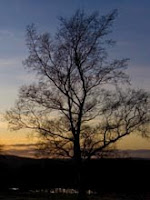 There are only two weeks to go until ‘The Dawning’ is released!
I can’t believe it will be happening so soon, although (before the workshops and the revising, the submitting and the waiting) the ideas behind my new novel actually arrived almost three years ago . . .

‘The Dawning’ began in the car with my family, driving back from a day out in the Peak District. It had been a good day, as they still are, although we’d been walking through woodland instead of along one of the Edges as we often did, back then. My daughter, who was five at the time, had been happy hunting for fairies and the freakiest looking mushrooms. My son had, as usual, fallen ‘accidentally’ into a stream. Their dad was at the wheel and I was half-dozing, tired and happy, full of a pub roast and two large, leisurely glasses of dry white wine. Along with the sounds of the kids chatting in the back and the tarmac murmuring beneath us, Regina Spektor was singing from the stereo in her dark and joyful, playful way.

It was getting late. Outside, beyond the road and fields, the trees were black against the sky. I closed my eyes, thinking vaguely about the day we’d had and how I’d come to love the Peak District, and about going home, all sorts of home . . . I thought about our move to Nottingham, and the old London flat I’d left behind . . .

And then, as if out of nowhere, I was picturing a large, stone house with long, gold windows. I saw a back door opening, releasing more gold light and a figure emerging – a small, shadowed figure in a hood. He stood for a moment on the sloping step, gazing out into the dusk.

That image, that boy, would stay with me, although I was already drifting, resurfacing, and thinking simply about twilight – about the day folding in and the night rising. About that feeling that you get sometimes, of going under . . . I thought about one, long night in the middle of winter. A night of secrets, and of endings. I thought about New Year’s Eve.

I opened my eyes, suddenly excited. And all over again, I saw the beauty of those trees.

Far too early the next morning, I crept out of bed while the rest of the house went on sleeping. Throughout the night I’d been unable to shake free those images. It was still dark outside when I started to write what was to become my second novel, ‘The Dawning.’